The form of the model learned by KernelRidge is identical to support vector regression (SVR). However, different loss functions are used: KRR uses squared error loss while support vector regression uses -insensitive loss, both combined with l2 regularization. In contrast to SVR, fitting KernelRidge can be done in closed-form and is typically faster for medium-sized datasets. On the other hand, the learned model is non-sparse and thus slower than SVR, which learns a sparse model for , at prediction-time.

The following figure compares KernelRidge and SVR on an artificial dataset, which consists of a sinusoidal target function and strong noise added to every fifth datapoint. The learned model of KernelRidge and SVR is plotted, where both complexity/regularization and bandwidth of the RBF kernel have been optimized using grid-search. The learned functions are very similar; however, fitting KernelRidge is approx. seven times faster than fitting SVR (both with grid-search). However, prediction of 100000 target values is more than three times faster with SVR since it has learned a sparse model using only approx. 1/3 of the 100 training datapoints as support vectors. 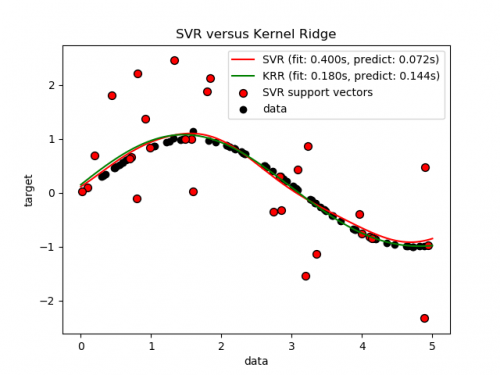 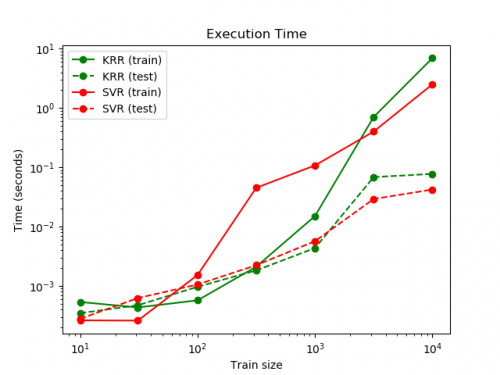