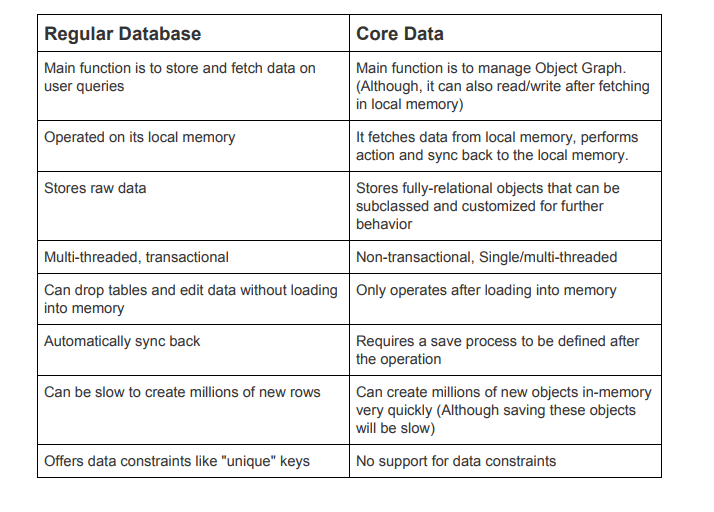 Core Data is not a storage, and whatever data you store including passwords should be stored in keychain of the device.

It’s highly vulnerable If you are storing anything in Core Data cache memory.

Core Data is not open source, but it comes free with Apple’s developer license program to develop Offline first applications.