An enumeration defines a common type for a group of related values and enables you to work with those values in a type-safe way within your code.

If you are familiar with C, you will know that C enumerations assign related names to a set of integer values. Enumerations in Swift are much more flexible, and do not have to provide a value for each case of the enumeration. If a value (known as a “raw” value) is provided for each enumeration case, the value can be a string, a character, or a value of any integer or floating-point type.

Alternatively, enumeration cases can specify associated values of any type to be stored along with each different case value, much as unions or variants do in other languages. You can define a common set of related cases as part of one enumeration, each of which has a different set of values of appropriate types associated with it.

For more about these capabilities, see Properties, Methods, Initialization, Extensions, and Protocols.

You introduce enumerations with the enum keyword and place their entire definition within a pair of braces:

Here’s an example for the four main points of a compass:

Unlike C and Objective-C, Swift enumeration cases are not assigned a default integer value when they are created. In the CompassPoint example above, north, south, east and west do not implicitly equal 0, 1, 2 and 3. Instead, the different enumeration cases are fully-fledged values in their own right, with an explicitly defined type of CompassPoint.

Multiple cases can appear on a single line, separated by commas:

Each enumeration definition defines a new type. Like other types in Swift, their names (such as CompassPoint and Planet) should start with a capital letter. Give enumeration types singular rather than plural names, so that they read as self-evident:

The type of directionToHead is already known, and so you can drop the type when setting its value. This makes for highly readable code when working with explicitly typed enumeration values.

You can match individual enumeration values with a switch statement:

You can read this code as:

As described in Control Flow, a switch statement must be exhaustive when considering an enumeration’s cases. If the case for .west is omitted, this code does not compile, because it does not consider the complete list of CompassPoint cases. Requiring exhaustiveness ensures that enumeration cases are not accidentally omitted.

When it is not appropriate to provide a case for every enumeration case, you can provide a default case to cover any cases that are not addressed explicitly:

The syntax used in the examples above marks the enumeration as conforming to the CaseIterable protocol. For information about protocols, see Protocols.

The examples in the previous section show how the cases of an enumeration are a defined (and typed) value in their own right. You can set a constant or variable to Planet.earth, and check for this value later. However, it is sometimes useful to be able to store associated values of other types alongside these case values. This enables you to store additional custom information along with the case value, and permits this information to vary each time you use that case in your code.

You can define Swift enumerations to store associated values of any given type, and the value types can be different for each case of the enumeration if needed. Enumerations similar to these are known as discriminated unions, tagged unions, or variants in other programming languages.

For example, suppose an inventory tracking system needs to track products by two different types of barcode. Some products are labeled with 1D barcodes in UPC format, which uses the numbers 0 to 9. Each barcode has a “number system” digit, followed by five “manufacturer code” digits and five “product code” digits. These are followed by a “check” digit to verify that the code has been scanned correctly:

Other products are labeled with 2D barcodes in QR code format, which can use any ISO 8859-1 character and can encode a string up to 2,953 characters long: 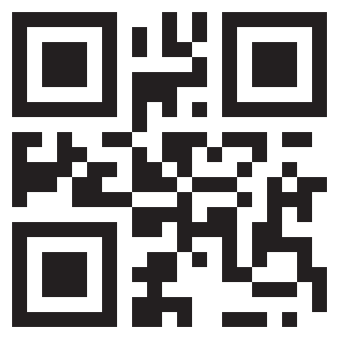 It would be convenient for an inventory tracking system to be able to store UPC barcodes as a tuple of four integers, and QR code barcodes as a string of any length.

This can be read as:

This definition does not provide any actual Int or String values — it just defines the type of associated values that Barcode constants and variables can store when they are equal to Barcode.upc or Barcode.qrCode.

New barcodes can then be created using either type:

This example creates a new variable called productBarcode and assigns it a value of Barcode.upc with an associated tuple value of (8, 85909, 51226, 3).

The same product can be assigned a different type of barcode:

At this point, the original Barcode.upc and its integer values are replaced by the new Barcode.qrCode and its string value. Constants and variables of type Barcode can store either a .upc or a .qrCode (together with their associated values), but they can only store one of them at any given time.

If all of the associated values for an enumeration case are extracted as constants, or if all are extracted as variables, you can place a single var or let annotation before the case name, for brevity:

Here, the raw values for an enumeration called ASCIIControlCharacter are defined to be of type Character, and are set to some of the more common ASCII control characters. Character values are described in Strings and Characters.

Raw values can be strings, characters, or any of the integer or floating-point number types. Each raw value must be unique within its enumeration declaration.

When you’re working with enumerations that store integer or string raw values, you don’t have to explicitly assign a raw value for each case. When you don’t, Swift will automatically assign the values for you.

For instance, when integers are used for raw values, the implicit value for each case is one more than the previous case. If the first case doesn’t have a value set, its value is 0.

The enumeration below is a refinement of the earlier Planet enumeration, with integer raw values to represent each planet’s order from the sun:

When strings are used for raw values, the implicit value for each case is the text of that case’s name.

The enumeration below is a refinement of the earlier CompassPoint enumeration, with string raw values to represent each direction’s name:

In the example above, CompassPoint.south has an implicit raw value of "south", and so on.

You access the raw value of an enumeration case with its rawValue property:

Initializing from a Raw Value

This example identifies Uranus from its raw value of 7:

Not all possible Int values will find a matching planet, however. Because of this, the raw value initializer always returns an optional enumeration case. In the example above, possiblePlanet is of type Planet?, or “optional Planet.”

The raw value initializer is a failable initializer, because not every raw value will return an enumeration case. For more information, see Failable Initializers.

If you try to find a planet with a position of 11, the optional Planet value returned by the raw value initializer will be nil:

For example, here is an enumeration that stores simple arithmetic expressions:

A recursive function is a straightforward way to work with data that has a recursive structure. For example, here’s a function that evaluates an arithmetic expression: